Favorable climatic conditions as well as natural amenities (relief, fertile land, forests, mineral resources, wealth of watercourses) conditioned the early settlement of this area in the middle course of the river Mlava. The Homolje mountains that make up the hinterland of the Mlava region are rich in caves and natural shelters, representing the oldest habitats of paleolithic man. So far, no findings have been recorded that would confirm the presence of people in the old stone age (paleolithic). 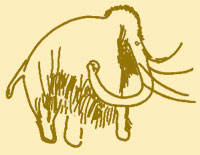 The oldest material remains in the area of ​​the Braničevo district were found on the territory of the municipality of Petrovac. It is a pendant - an amulet, found at the multi-layered archeological site "Vrbovac" - which covers the area of ​​the village: Ćovdin, Šetonje, Burovac, Tabanovac and Veliko Laole. Based on it’s stylistic characteristics, the amulet was atributed to the protostarčevac culture of Lepenski vir (around 6500 BC).

Traces of the younger neolithic, vinča culture and eneolithic culture are mostly present in the areas of modern settlements located on the banks of the Mlava river. During the younger periods of prehistory, with the development of metallurgy, which includes mining, settlements from the bronze and iron ages gradually approached the Mlava riverbed and formed on branches and at the foot of the Homolje mountains - on the right bank of the Mlava river. At that time, the continuity of life in this area is evidenced by accidental findings, hoards and individual objects, which are kept in the National museum in Požarevac.

The most important archeological site from prehistoric times is the Belovode site.

The settlement of Belovode was formed at the beginning of the Vinca civilization around 5400 BC and lasted until it’s Gradac phase when it was destroyed in fire, around 4600 BC. Since 1994. archeological excavations have been held at the Belovode site, about ten kilometers from Petrovac, in the vicinity of the village of Veliko Laole, organized by the National museum in Belgrade and the Homeland museum in Petrovac.

The Roman conquest of this territory came at the beginning of the 1st century A.D. The process of romanization of the existing population lasted for about 100 years. During the period of roman domination, the territory of Petrovac was located within the province of Upper Moesia (Moesia Superior), whose capital was Viminacium (Viminatium), today's Kostolac - at the confluence of the Mlava and Danube rivers. 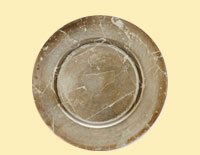 The establishment of the Roman border (limes) on the Danube resulted in the construction of numerous fortifications and a complex road network that connected the interior of the cities on the Danube. Thanks to the one-legged Roman road that ran through the Mlava valley - from Kostolac to Ćuprija (Horreum margi) - numerous sites from the ancient period have been registered in the area of ​​the Petrovac municipality. From the Stiška plain to the Mlava area, the route of the road went along the right bank of the Mlava river closer or further from the riverbed, depending on the terrain configuration. Between Kamenovo and Petrovac, the road crossed to the left bank of the Mlava and led to the location "Gradac" on Busur, where the post office - road station Iovis Pagus (Jupiterovo selo) was located. From here, the road went through Vrbovec - about a few kilometers from the village of Ćovdin, the localization of Mutatio Bao is assumed.

A significant and rare finding is several fragments of military diplomas from the "Bela Voda" site in Ranovac, which indicates the existence of a settlement. Remains from antiquity have been registered in Kamenovo itself on the stretches of "Crkviste" and "Kalina Voda". In Veliki Popovac, there are also Roman remains and probably Villa Rustika was located there. The excavated site of Gradac on Busur in the Mlava area is the most important archeological site from the ancient period. It is located about 5 km south of Petrovac, belongs to the area of ​​the village of Veliko Laole. It is located on the right bank of the river Busur, not far from it’s mouth in Mlava. It was identified as the Roman castrum IOVIS PAGUS. According to Felix Kanic, it is a "square fortification with sides 95 m long". Strong round towers protrude at the corners. In fact, Iovis pagus was built as a road station on the so-called Constantinople road that went through the Mlava valley. It was renovated during the 4th century, when the fortification was built, and it functioned until the Hum burglary, until the middle of the 5th century.

The earlier habitat of the ancestors of this area was in the area of ​​Deonica, which was certainly called Delnica, just as the settlement was Svilne. The settlement was above the "Roman road" which was later called the "Turkish road" and which was part of the famous road "via militaris". Roman legions marched here from Viminacium on the Danube towards Gamzigrad and "via ignatia". On that road was a Roman castrum, a fortress whose ruins are near the Veliko Laole.

The remains of the great church of St. Trinity and some other churches say that there were also great centers of spiritual life.

We should mention the scene of wars on this soil that have gone unnoticed in history. 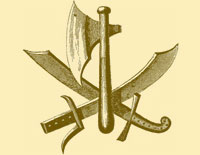 For the period of the early middle age, we do not have written data on events in the area of ​​the middle course of the river Mlava. An archeological trace of the early presence of Slavs was registered in Kamenovo at the "Međa" location. These are two accidentally discovered graves whose inventory is kept in the National museum in Požarevac. Based on movable finds, the graves were determined in the first half of the 7th century. Accidental findings of earrings of the Belobrdo type in the village of Rašanac testify to the existence of a Slavic necropolis from the 10th- 11th century.